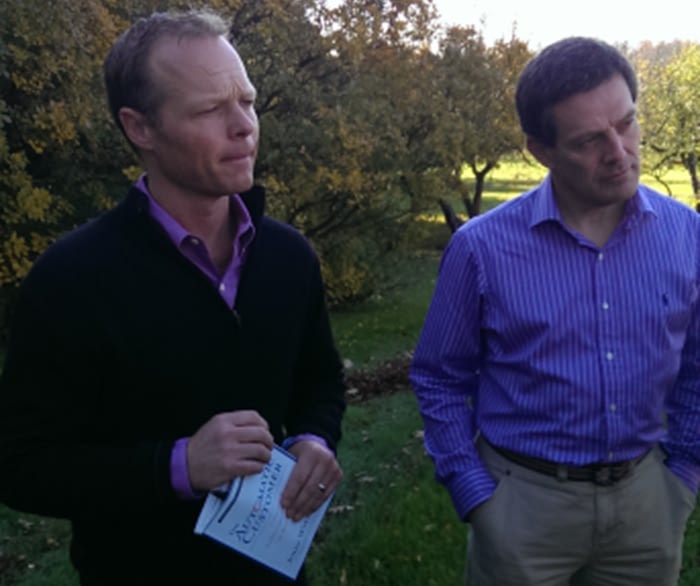 Words cannot express the appreciation for three days I got to hang out with John Warrillow (author of Built to Sell) and some 31 financial professionals who were CPAs, CFOs, M&A players, and executive business coaches. Now that was truly the real financial Dream Team.

During the whole time, I felt I was drinking financial and business intelligence from a giant fire hydrant. But there was one topic John addressed that was both intriguing and new to me–the 5-20 Rule.

John has written about the 5-20 Rule before, and I’ll provide links in the Resources below. But this was the first time I had been exposed to this line of thinking.

Furthermore, you will be less likely to get the attention of a company more than 20 times your size. That’s because the acquisition is probably too immaterial for the acquirer. I’m sure there are exceptions as we look at the scores of Google acquisitions over time. But those are the exception to the rule.

Getting Outside Validation on the 5-20 Rule

Like most left-brain financial analysts, I wanted another opinion on this interesting concept. I asked my friend Larry Reinharz of Woodbridge International, a leading M&A firm catering to small to mid-sized businesses around the globe.

According to Larry, “If you’re strictly talking about acquirers not backed by Private Equity Groups, I’d say that’s not a bad rule of thumb. Of course each situation is different, but the range he talks about here fits the norm.”

But what about Private Equity Groups? Do they tilt the scale downward on this 5-20 Rule? According to Larry, yes they can.

“One of the recent deals we completed was an add-on acquisition for a $9 million portfolio company [by] a Private Equity Group. Our client, the seller, actually had $12 million of revenue!   We obtained 38 [emphasis purposely added by Mark] offers for our client, and this offer from the Private Equity Group was the strongest [and] best fit,” Larry stated.

So while the 5-20 Rule is sound logic for strategic buyers, don’t be surprised if Private Equity Groups operate outside those boundaries.

So Does This Mean Google is Not Buying My Business?

One of my clients made an insightful comment that a certain blue chip organization doing $6 billion in revenue would probably never buy his less-than-$100 million company.

Yes, if the billion dollar company buys yours, you are certainly an outlier. But the likelihood of this happening is remote at best. Thus, I still believe the 5-20 Rule fits in most cases.

And Who is John Warrillow?

Why: Because he wants to see every business that makes a difference be wildly successful and ultimately sell at the greatest value.

I read Built to Sell when it first came out.

I’ve lost count how many I’ve given away, and I’ll continue to share more to other business owners that can value from creating a sellable company.

I’m embarrassed that I have not read Drilling for Gold, but I just bought it about two minutes ago. I’m anxious to dig in.

Finally, John’s newest book will be released in February, and it’s called The Automatic Customer. I finished an advanced copy a couple days ago, and it’s a goldmine of information.

I am not allowed to share any details other than the book is for businesses wanting to create a subscription business in any industry. I could not put it down and have several pages of notes in one of my Moleskins.

As I mentioned earlier, John has written about the 5-20 Rule elsewhere. Here are those links:

2. The second article was published in Inc. Coincidentally, John addresses Private Equity Groups in this article too.

Who doesn’t like to keep score? When I think about scorekeeping, for some reason I’m reminded of my first tee-ball experience as a parent. Moms and dads were told, “We…

I became an entrepreneur in 1972 when I started a Grit Newspaper route, some 60-plus loyal customers strong. I was rich. Who needed a bank? I had my clip-on money…

I work with some of the most amazing CEOs in the country. I’m still convinced I receive much more from them compared to what I provide. But I also love…

Several years ago, I was working with a young entrepreneur who built a $1.4 million service-based business over a seven-year time period with nothing more than a small loan from…

Maybe I should rephrase that. I love really short meetings. Really. A few days ago, I was meeting with a CEO, and he was headed to the weekly operations meeting….