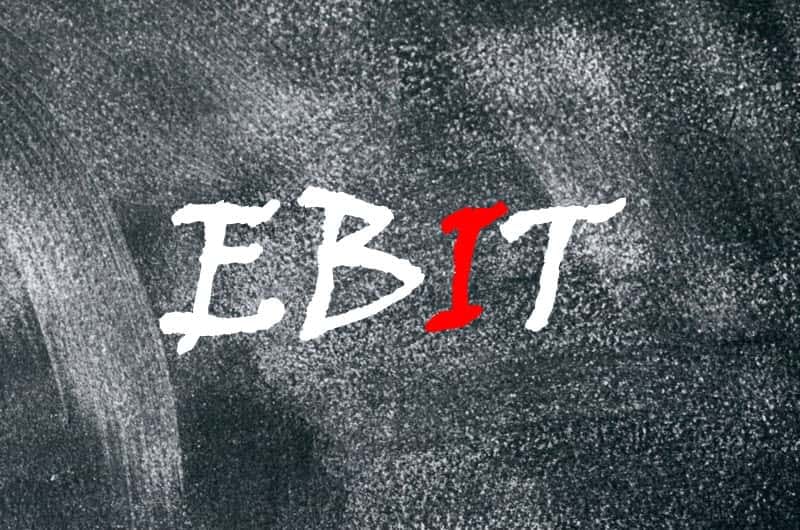 Several years ago, I added a new client to my portfolio that had a Wall Street flare to it.

I found myself studying multiple P&L’s where EBITDA kept popping up. I asked the owners what EBITDA meant to them and why it was prominently displayed in their internal reporting.

“I don’t know,” said one of the owners. “We just do. The prior CFO said it was important.”

I probed more trying to get him to explain the importance of EBITDA. He didn’t have an answer. Nor did the other owners.

EBITDA has been deep sixed in this amazing, growing business.

EBIT – Forget It Too

A number of years ago, I provided financial guidance to a real estate holding entity with nearly $40 million in total assets.

If we needed a cash infusion for an affiliate company, we could refinance holdings that were essentially debt free. This type of financial restructuring is not unusual in real estate holding companies, and it’s done regularly by public companies.

Those large buy-backs of stock you periodically read about? That form of financial restructuring is about improving return on equity.

Where am I going with this?

Do Not Confuse Small Business Capitalization with Our Big Brother Counterparts

I’ve heard numerous CEOs say EBIT is the key number to focus on because balance sheet structure is influenced by the owner.

Who generally in the company causes excess inventory?

Who allows customers to start paying their bills later than usual?

Who allows dead, capital assets to collect dust in a corner of the warehouse?

And who allows cash to continually leak out the organization through improper spending?

In all cases above, interest expense is negatively impacted by the answers above. Employees in the small business probably (and I should say, more than likely) influence debt levels as much as the owner. The better our team members manage assets along with controlled spending up and down the company, the more cash we generate, and that will decrease our line of credit average balances.

I will give in and say that either the owner or CFO influences interest rates. And those rate reductions can have a significant positive impact on the bottom line.

But we need the entire staff to help us reduce debt levels and interest expense by addressing the areas of the business where cash gets stuck (like AR and inventory) and leaks in the business (like cost of goods and operating expenses).

Interest Expense Is a Very Real and Controllable Cost

As previously mentioned, interest payments are a byproduct of the way we manage our working capital and the way we approach spending.

Granted, the owner may purposely or foolishly draw funds from the company which may ultimately require higher average debt levels.

If so, we still have the responsibility to hold down interest in the areas where we can control these costs.

So Where Do We Report Interest Expense?

Regarding presentation, I’ll leave you with a picture. There’s no right way, no wrong way.

Remember, the ultimate focus is on the bottom line (in this context).

Many years ago, I was playing the role of retail sabermetrician (every financial and marketing analyst should be called this), and I was frustrated because I could not get a better…

When I take on a new client, I generally obtain 60 to 72 months of P&L and balance sheet data. Among the scores of metrics I blow out from my…

Periodically, I get a call or email from a client early in the month stating something like, “Hey Mark, we had an awesome month. What do you think?” CEOs love…

This post is for clients only, but if you do not have a relationship with G3CFO, you can certainly read on if you like. The short version is why G3CFO…