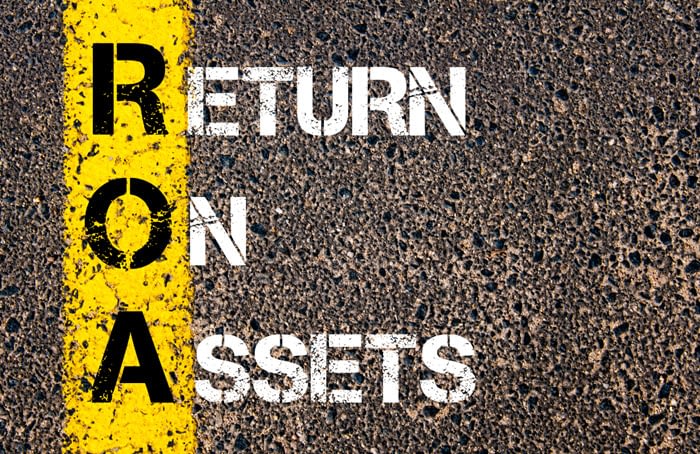 John Jorgensen possessed one of the greatest manufacturing minds that I have ever encountered. He was a long-time president of Orscheln Company and Ortech, both Missouri-based businesses.

One of John’s favorite business measures was ROAM, short for return on assets managed. He felt it was a holistic measure that best described the financial performance of a company because it was not a one-dimensional key result indicator.

While John served mid-sized businesses, I believe his opinion is applicable to small businesses.

Most Small Business Owners Only Focus on the Income Statement

Before meeting and working with John Jorgensen, I met Dave Potter on the campus of Truman State University (formerly Northeast Missouri State University) who possessed similar views on financial performance.

Dave, a partner for KPMG Peat Marwick, recruited me to join their St. Louis office in the late 80s. I recall Dave stating that good CEOs know how to manage a P&L. But he followed by saying great CEOs manage a balance sheet. I learned the true meaning of his wisdom years later.

As a CFO serving small businesses, both John’s and Dave’s insights have influenced me to focus holistically on the financial health of small business, not just on sales, gross margins, or earnings. Even free cash flow is only part of the picture while still very important.

Instead, I take a hard look at return on assets managed, primarily for retailers, distributors, job shops, and specialty contractors (a large part of my client base).

And this mindset has been beneficial to my clients who otherwise would only be focusing on their income statements. These are the clients who are seeking and obtaining efficiencies with the asset investments they are managing. The end result has been better and healthier cash flow.

ROAM – A Tale of Two Companies

Let’s pick on Avery Dennison, a manufacturer  with more than $4 billion in total assets. Their return on invested assets over a recent four-year period ranged from 7.1% to 9.0%. The trend is good.

Normally, I don’t benchmark small business ROAM results with peer companies (I’ll explain why later). But, in this case, I wanted to see how Avery Dennison compares to one of its peers, Bemis. Here’s the comparison:

Bemis is clearly outperforming Avery, but the gap has been narrowing the past few years. We’ll see why in a minute.

That’s because return on assets managed is the product of two other measures–pre-tax earnings as a percentage to sales and asset turnover.

Below, we can see that Bemis has a more attractive bottom line than Avery. But in the second chart, we see the Avery asset turnover is moving in a positive direction and outpacing Bemis.

Is that a bad thing? Is Bemis management losing its touch? Not necessarily. Asset turnover generally drops as a company starts to either 1) purposely increase its asset base as it primes itself for new growth, or 2) upgrading its current infrastructure through additional capital expenditures that may have been deferred in prior years.

But that’s not why asset turnover dropped in the most recent year. Instead, Bemis saw its cash conversion days increase by nearly 5 days with increases to both days sales in receivables and days in inventory. True, CapEx spending jumped from $140 to $185 million. In short, the lower performance is the result of all of these assets increasing on the Bemis balance sheet.

ROAM in the Small Business World

I really like return on assets managed as a proxy for overall business health in a business. But here is some food for thought regarding this all-important key result indicator:

ROAM – Just Do It

ROAM says it all as a holistic, all-encompassing financial measure for any sized business. Gross margins, net operating margins, revenue per FTE, days in inventory, and days in accounts receivable. Keep watching those numbers.

Start getting comfortable with the numbers baked into ROAM like the measures just mentioned. Once ROAM becomes a household measure in your business, you’ll begin growing from a good CEO to a great CEO according to Dave Potter.

While your friends and family will say your life was way too short, it was all in God’s timing.

Thank you for everything you did, the wonderful family you raised, and the way you served so many men and women in special ways around the world.

Not only were you an inspiration for all of us to give more than 100% when on the job, you also showed us how to live outside the workplace.

You will always be missed.

Many years ago, I was playing the role of retail sabermetrician (every financial and marketing analyst should be called this), and I was frustrated because I could not get a better…

In college, I had the 2 greatest jobs on the planet. I got to work outdoors, get dirty, get a great tan and work with some fun people. One job…

When I take on a new client, I generally obtain 60 to 72 months of P&L and balance sheet data. Among the scores of metrics I blow out from my…

When I’m working on financial models, I like lots of flexibility. And that’s why I rarely use Excel for these projects. I generally use one of two financial modeling tools–one…

I’ve maintained my maintenance agreement with Tableau Software since the year or two after it debuted. But I’m no designer. Never have been. Never will. I admire many of the great…